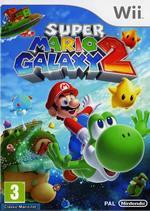 "To the far reaches of the universe!"

Ahhh... yes, Mario. The famed plumber from Brooklyn is back once again, but in a different type of journey. Yes, we all know that he'll be jumping around, going down pipes, squashing the occasional Goomba, and smashing Bowser's evil plans again. However, it won't be in the Mushroom Kingdom. It won't even be on planet Earth! It will be all across the universe! Across the many galaxies, Mario will still save Peach! 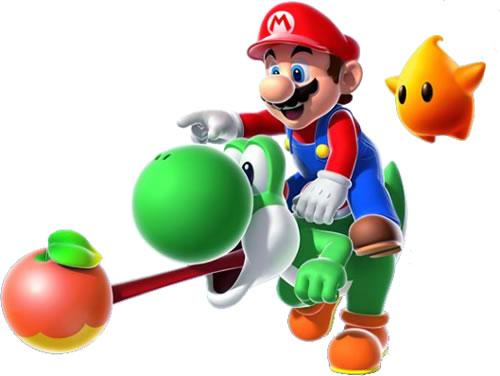 GAMEPLAY: 10/10
If you've ever played the other 3-D Mario's, you'll quickly get the hang of it. Even on the Wii, playing the game is simple. For those who have not played those games....

Simply put, it is like controlling a person on a planet. It isn't too hard, once you get the hang of it. However, you can't go off the edge of a planet. Oh no, that is not even possible. Nintendo has done their research well, as many of the laws of physics are shown. Gravity and momentum play a HUGE part in playing and beating this game. The controls aren't exactly like the original though. There's a jump button, now. So, instead of swinging the remote up, you press A. Unfortunately, Nintendo took some of the virtual reality out of this game. Still, it's a good game.

The point of this game is to collect the stars, similar to the objectives of the previous games, particularly Super Mario 64. Across the many galaxies you'll go, using Yoshi, Fire Flowers, Blimp Fruits, Cloud Shrooms, and many more new and unique items, to get the final world, World 6. Yes, like Yoshi's Islands, the end world is World 6. At the end of this world, you'll try to save Peach for about the trillionth time!

STORY: 9/10
Once every century, a huge meteor shower comes over the Mushroom Kingdom. All of the residents come out see the beauty of the universe, so far, but so close. Well, that time has come again.

However, this truly proves to be very different very shortly. While walking through the field, Mario saves a young star, a Luma. No one had ever mentioned this to him. Unfazed by this, he heads to Peach's castle to enjoy a cake she had baked for him. And this is where he gets suspicious. A dark aura-like thing is near the castle, but the nearby buildings block his view of what is causing it. He races to the castle. He turns the corner and sees the source of this aura - a massive Bowser had stepped out of an equally massive portal! Bowser has taken Peach, too! Mario rushes to save her, but Bowser quickly has stepped back into the portal. With help, Mario gets onto a spaceship to regain the power of the Stars and save not just Peach, not just the Mushroom Kingdom, but to save the whole universe from Bowser's coming evil reign!

GRAPHICS: 10/10
The graphics aren't bad. Okay, I'm lying... They're AWESOME!!! As you know, this is only the second game of the series to go into outer space. The quality of these is as if they've worked for many years on this. With all of the new items, the new places, and new enemies and an upcoming deadline, you'd think Nintendo wouldn't be able to give you the quality that they've given. Everything reacts perfectly with a single touch of a button. No lag, either! The signals are lightning fast; you don't have to wait a second or two for an action to register, as you do on some other consoles. You have whole planets, whole galaxies, the whole UNIVERSE to search for the quality, and, trust me, you'll never see graphics like this until a new console gets out. 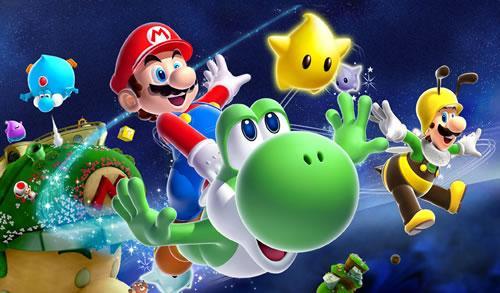 SOUND EFFECTS & MUSIC: 10/10
Well, the quality is amazing. I'm just simply amazed. I cannot put into words how I feel about the music and other effects. There is no lag between the action and the sound. Everything makes a sound - everything. Crack a Yoshi egg = sound effect. Stomp an enemy = sound effect. Literally everything will make a sound effect.

Not to mention the music. It always seems to fit the mood of the area or situation. The spaceship's music has a hopeful tone to it. The final battle with Bowser has an ominous tone to it. Seriously, you'll like it. The effects and music are exactly how you thought doing or causing these things would sound like!

PLAY TIME: 9/10
To complete the storyline of this game won't take long, actually. I rushed through it and managed 16 hours by the end of the storyline. By the time I had collected every single star, I had put on about 50 hours. I do play a lot, and very well, so it may take about a week to finish the storyline, and maybe two weeks to five weeks to fully complete the game. Sure, it took less time than I thought, but it was worth it. Maybe it has something to do with my being more tuned in to RPG's.

REPLAYABILITY: 10/10
Frankly, all you'll do by starting the game over is preventing all level access. However, it would be the same either way. It is nice to re-experience the story again, which you can't do without restarting. I do recommend replaying this game. It really isn't that bad - plus, you'll avoid missing what you did the first time through!

THE END
Well, there's another review for Super Mario Galaxy 2. I really hope you'll get this. With the best graphics ever, some virtual reality stuff, great sound effects, great gameplay, and a two-player mode, this game is truly the best of the best games in the whole 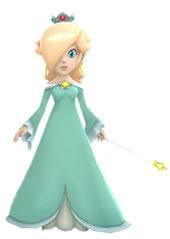