A four page feature from Nintendo Power magazine vol. 35 about Yoshi (game) celebrating its release for the Gameboy and NES. This was the second time Yoshi had appeared in a Mario series game, and the first time he had a namesake game. This article is from April 1992.

Direct from his Super Mario World debut, Yoshi, the green gulper, is about to be rehatched in a new game for both the NES and Game Boy. 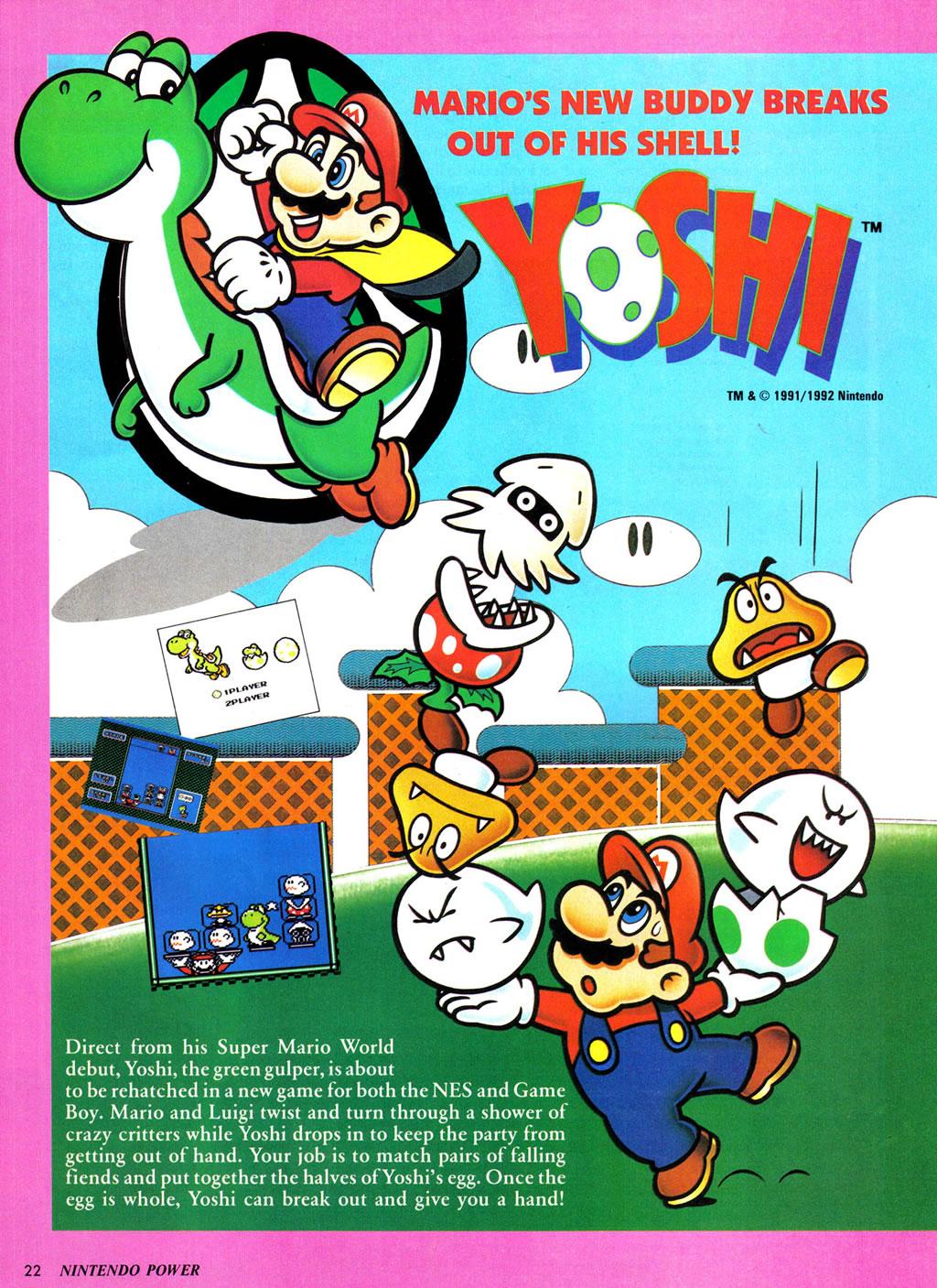 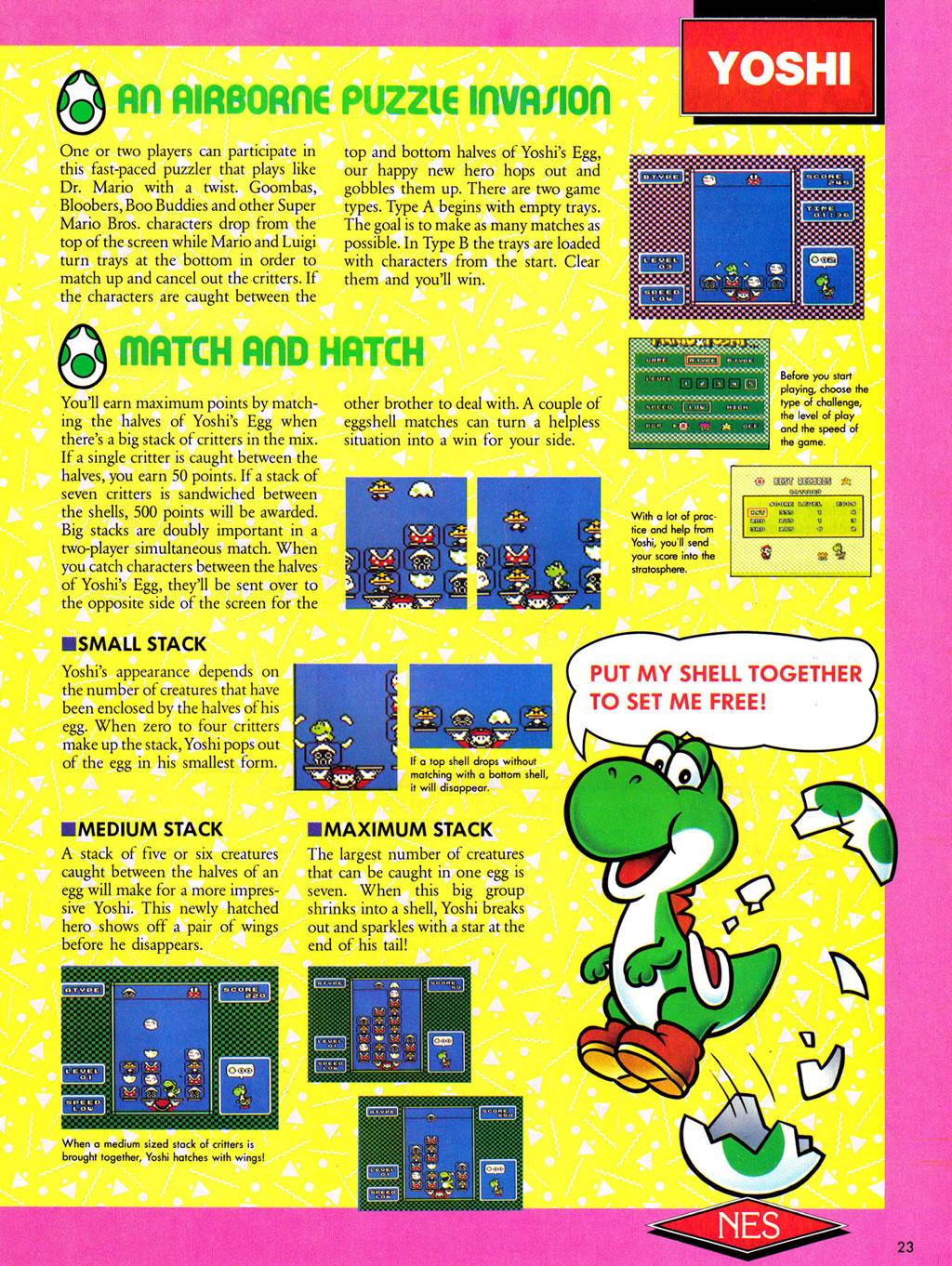 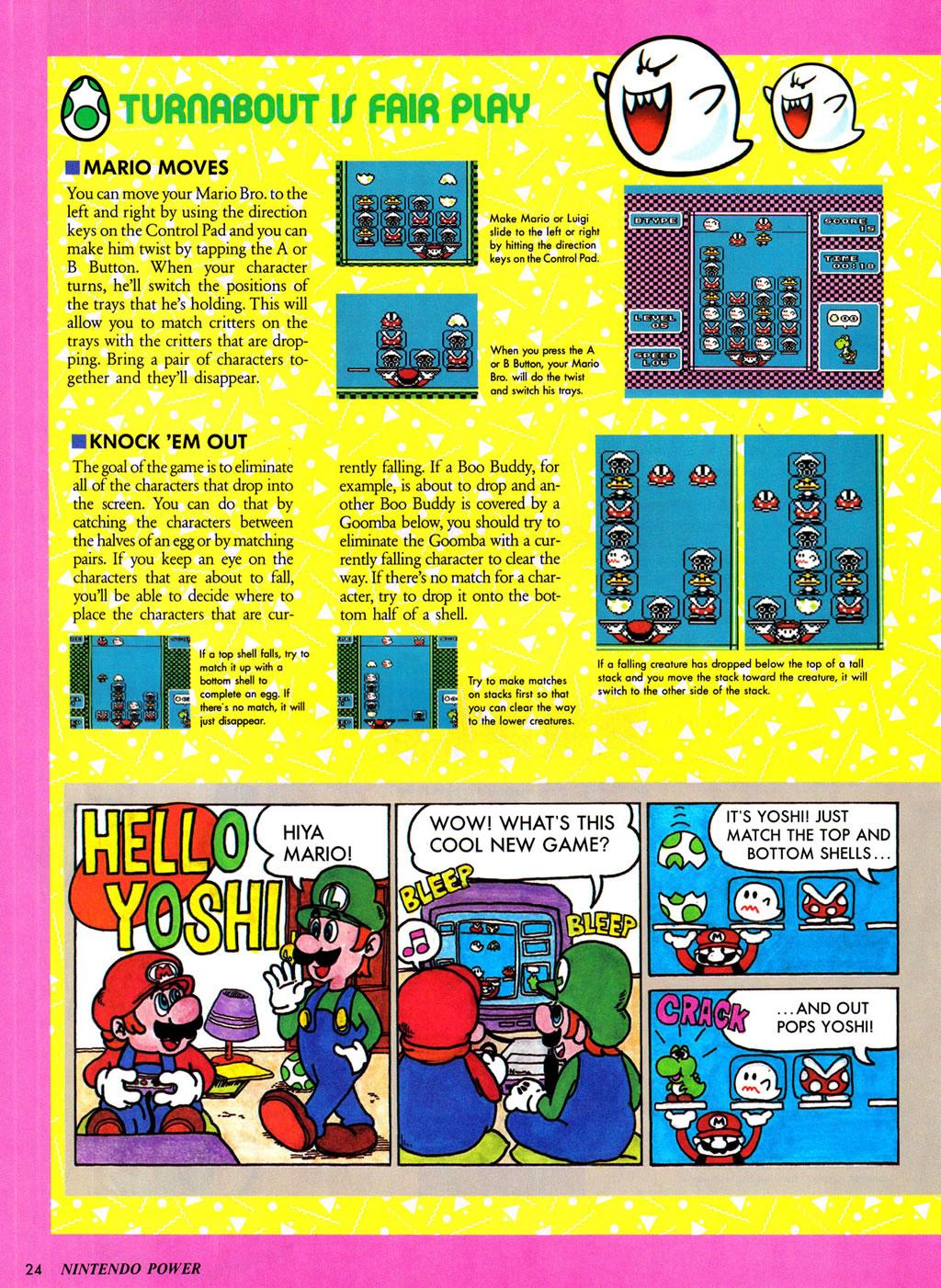 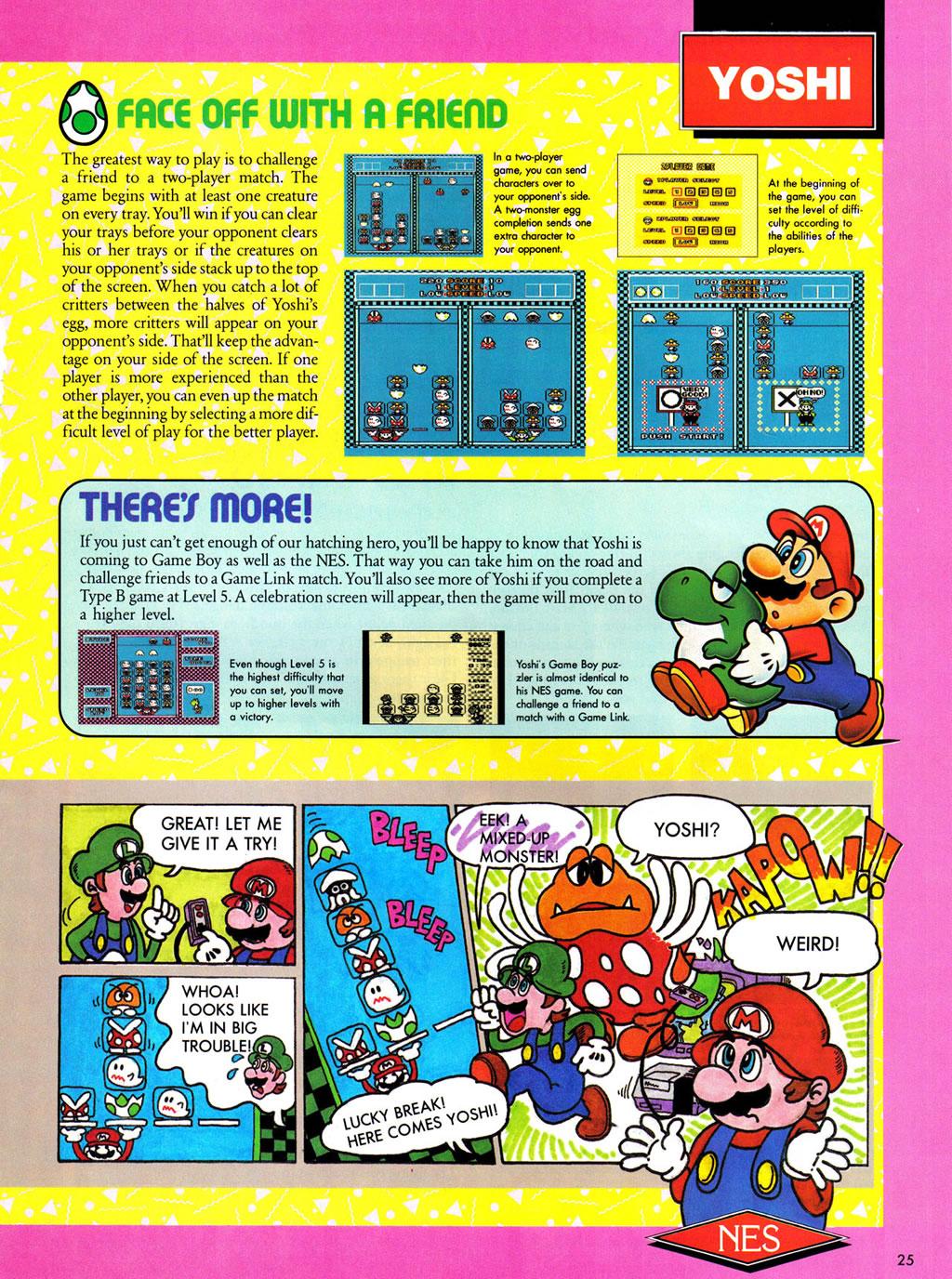